The Council of Blood

The Council of Blood

Boss Death & Ability Generation
This fight begins with the raid dealing with all three bosses simultaneously. Kill Order
As this encounter can be defeated by killing the bosses in any order you like, we will list all boss mechanics and how to deal with them.

Every time a boss reaches 50% health, all bosses and adds will retreat to the starting balcony and will take 99% reduced damage.


Once in position, the raid will be joined by several servants which will join in the dance. As you want to avoid triggering this phase more than you need to make sure never to bring a boss below 50% health unless you are intending to kill them next.

Party Foul has gone through multiple versions during beta testing. The version described above is accurate and up to date as of the most recent testing.

Oppressive Atmosphere
Throughout the encounter, the raid will be passively gaining stacks of

Oppressive Atmosphere. Dance Controller
Whilst fighting the bosses, players must stay on the "dance floor" encounter space and avoid the raised area around it, as several guards are defending these areas. 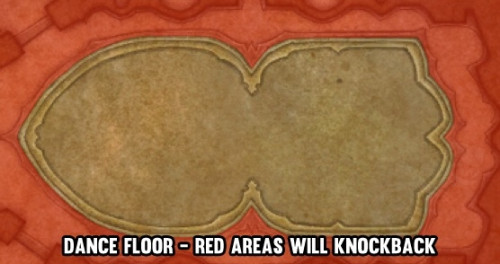 Stay on the "dance floor" area whilst directly fighting the bosses!

Dreadbolt Volley which deals a large burst of shadow damage and applies a 12 second long dispellable dot to the entire raid.

Every ~20 seconds, Frieda will channel

If Frieda isn't killed first, she will gain the

Prideful Eruption ability after one boss has died. 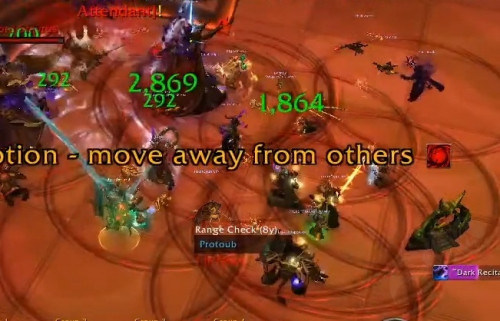 If Frieda is the last boss alive, she will frequently cast

Duelist's Riposte on his current tank.

Unyielding Shield into them. 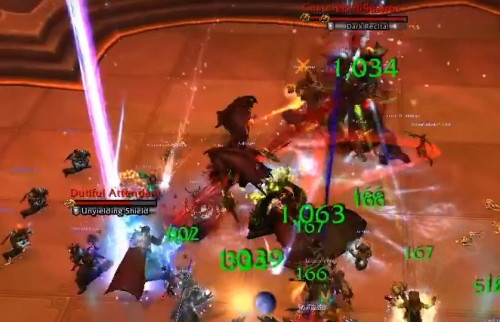 Kill the Dutiful Attendant as soon as possible!

If Castellan Niklaus isn't killed first, he will gain the ability to summon Begrudging Waiter adds. 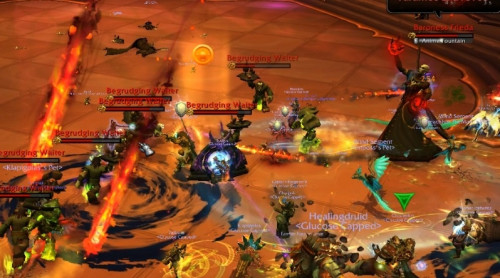 Kill the Dredger Servant as soon as possible!

If Castellan Niklaus is the last boss alive, he will frequently cast 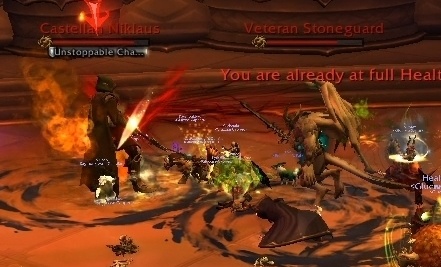 Tank the Veteran Stoneguard near the boss whilst DPS nuke it down!

Lord Stavros needs to be tanked and will frequently cast

Evasive Lunge at the tank. Tanks need to position the boss in such a way that this charge does not hit other players. 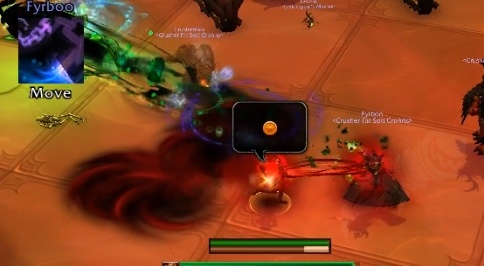 
The two marked players should find one another as soon as possible and stay close to each other, whilst moving to avoid their own zones that they are spawning.

If Lord Stavros isn’t killed first, he gains access to the

Move away from the area near the

Violent Uproar begins, one of these adds will become attackable.

Each boss has gained one additional ability or effect when they are the last boss standing on heroic difficulty.

At any point during the fight, aside from during the

Dancing Fever will be applied to up to 5 players periodically. 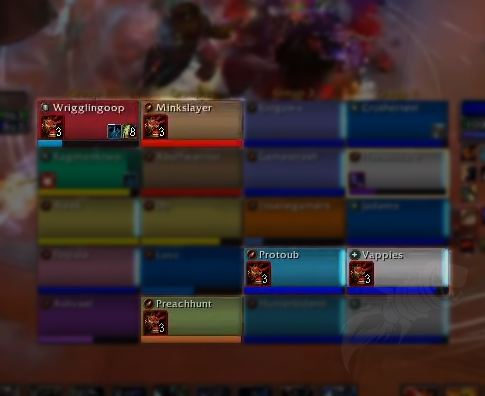 You need all five players to jump 3 times before their debuffs expire.

Whenever a boss is defeated, an unattackable enemy is left behind. This enemy will cast one of that bosses abilities.
Indietro Avanti