The fight starts with the raid engaging King Rastakhan and his two bodyguards (this is increased to three on heroic). The phase will end once all bodyguards have been defeated.

Rastakhan begins the encounter by casting

Bind Soulss. This causes all damage taken by Rastakhan to instead be transferred evenly amongst his bodyguards.

Scorching Detonation into the tank. This deals moderate fire damage every second over its 5 second duration. 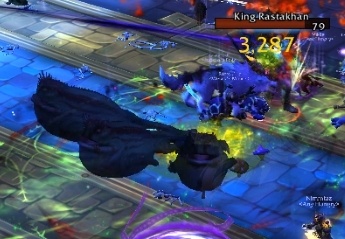 Don't stand in the toads path!

Rastakhan will face towards a random player and sends out three toads that will hop away from him in three straight lines forming a cone shape. 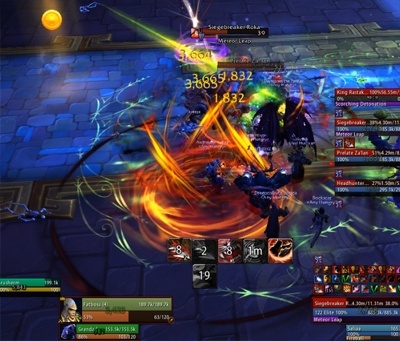 Meteor Leap to
split the damage!

Meteor Leap has been cast, Roka will cast

Crushing Leap on the tank. 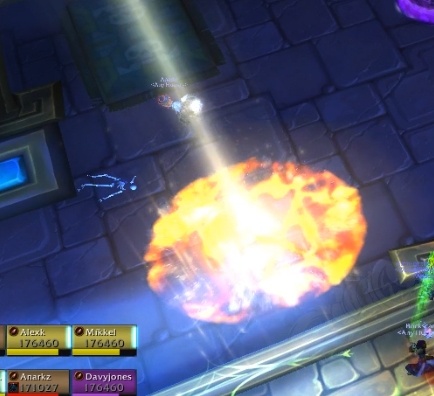 Seal of Purification, causing a beam to form near a player.

As Siegebreaker Roka is the most dangerous of the two bodyguards, we recommend that the raid focuses its damage onto him whilst cleaving damage onto Prelate Za'lan and King Rastakhan.

Once all bodyguards have been defeated, phase two will begin.

At the beginning of phase two, the entire raid will become stunned for 12 seconds. This stun is unavoidable and cannot be removed. 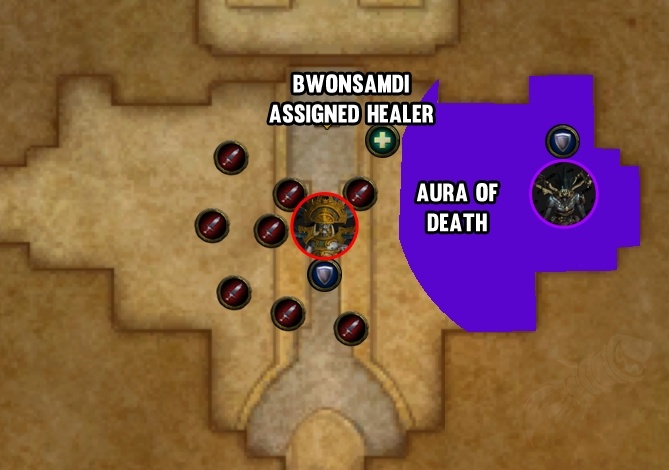 Plague of Toads abilities and has gained access to two new abilities. 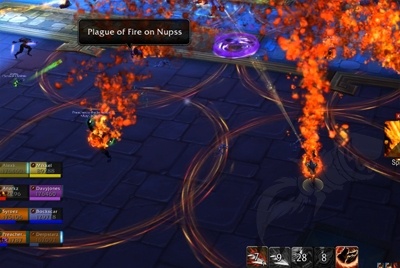 Plague of Fire
does not spread!

King Rastakhan will apply the

All ranged members should spread 7+ yards apart around the boss, as to reduce the chance that the

Plague of Fire debuff will spread. 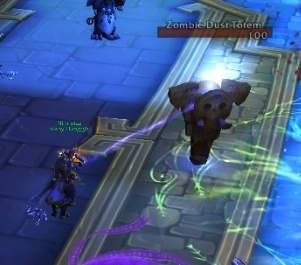 King Rastakhan will spawn a

Zombie Dust Totem nearby. This totem will mind control up to two players until it is destroyed.

Bwonsamdi has an aura which applies a stack of Deathly Withering every 3 seconds to all players within 30 yards.

Eventually, the tank will need to drop their own Deathly Withering stacks. This should be done by having the King Rastakhan tank move and taunt Bwonsamdi during a

Caress of Death on the tank, dealing a moderate burst of shadow damage and leaving a 5 second debuff which absorbs all incoming healing. 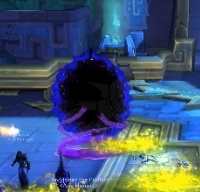 Death Rifts at the side of the encounter space!

Bwonsamdi will occasionally apply a

Once King Rastakhan has reached 60% health, Bwonsamdi will begin to cast 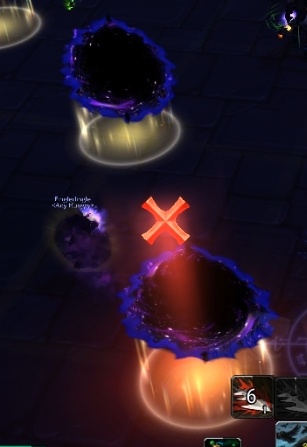 You can reset your Deathly Withering stacks
in the

The half of the raid that was dragged to Bwonsamdi will enter the Death Realm.

Players within the Death Realm will face against Bwonsamdi, who is now susceptible to damage.

Aura of Death, however this now applies to all players within the Death Realm, rather than those within 30 yards of him.

Bwonsamdi does not need to be tanked in the Death Realm. He will remain stationary in the middle of the encounter space and spam cast

Caress of Death on random players. 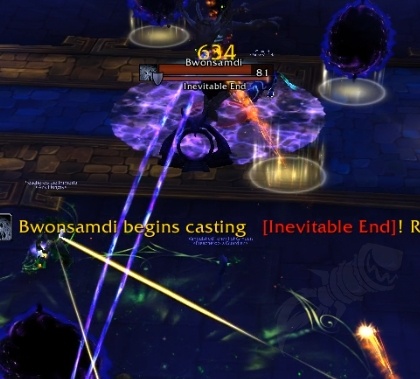 Inevitable End. This creates a 5 yard zone around him that will instantly kill any player who enters it.

Dread Reaping patches will radiate in a spiral pattern from two corners of the encounter space.

Dread Reaping patch that comes into contact with a

Death Rift will phase into the Living Realm. 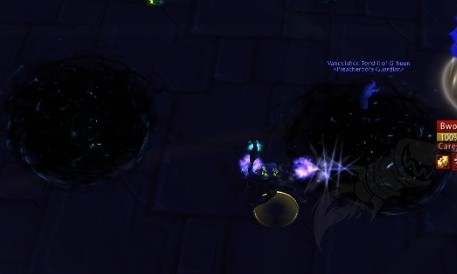 Players left behind in the Living Realm will need to continue to deal with King Rastakhan.

Two adds will spawn at the beginning of the phase. Both adds need to be tanked. 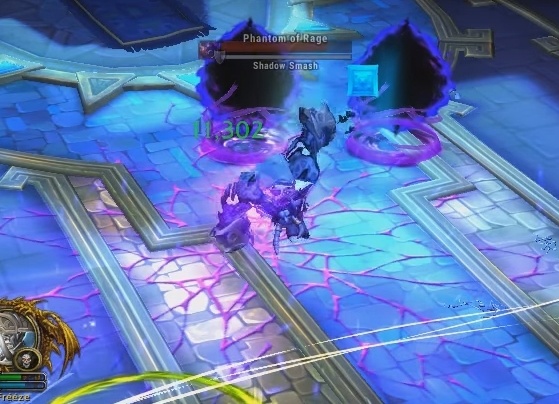 This add will cast Necrotic Smash on the tank, dealing a high burst of shadow damage and applying an 8 sec debuff which reduces incoming healing by 50% to all players within a ~10 yard smash zone. 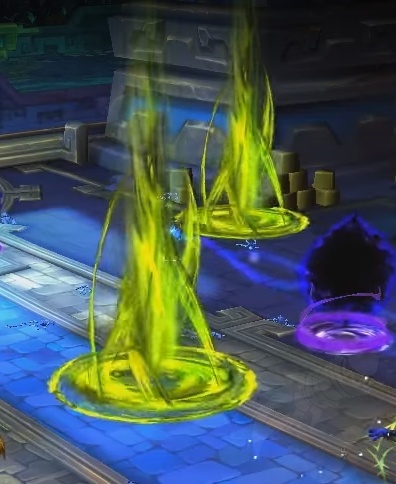 This add will spam cast

Grave Bolt, dealing a moderate burst of shadow damage to the tank.

The main ability cast by the Phantom of Retribution is

DPS within the Living Realm should focus on killing both phantom adds. The adds should be stacked as often as possible to allow good cleave damage between them and King Rastakhan.

Once Bwonsamdi has reached 50% health in the Death Realm, all players will return to the living realm and phase four will begin.

Bwonsamdi's Boon buff and it will continue to stack.

These abilities should be dealt with in the same manner as phase two.

All Encompassing Death, creating a

Death Rift around him.

The raid must defeat King Rastakhan before his

Players will face an additional bodyguard at the beginning of the encounter: Headhunter Gal'wana.

King Rastakhan gains one additional mechanic during phase one:

Greater Serpent Totem which spawns a 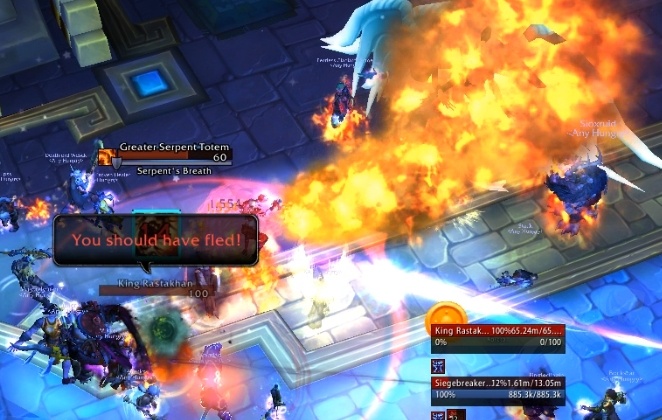 Side step out of the patch of the 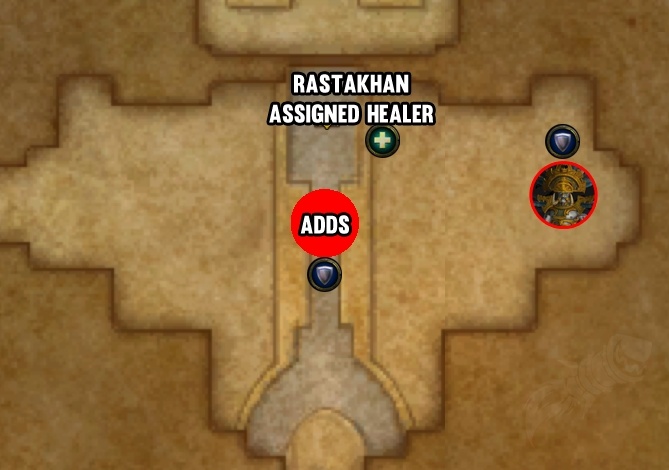 Example of "adds only" strategy for phase one on heroic.

The downsides of this strategy is that the adds will likely take slightly longer to die, as they will not be receiving the transferred cleave damage via

Which of the two strategies is superior is currently unknown. This section of the guide will be updated once guilds start defeating King Rastakhan on heroic on live servers.

Plague of Toads will leave behind a 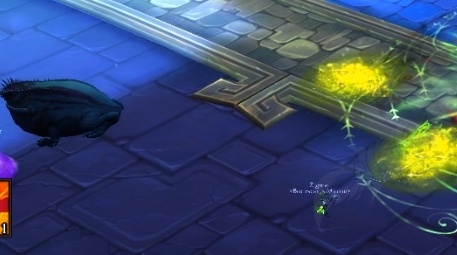 Poison Toad Slime as the bounce.

Plague of Fire will now attempt to spread after 1.5 seconds, rather than 2.

One additional add will spawn in the Living Realm at the beginning of phase three: the Phantom of Slaughter.

This add, alongside the others, should be stacked up and cleaved down by the Living Realm players.

Seal of Purification now leaves behind a trail of fire as it chases its target. 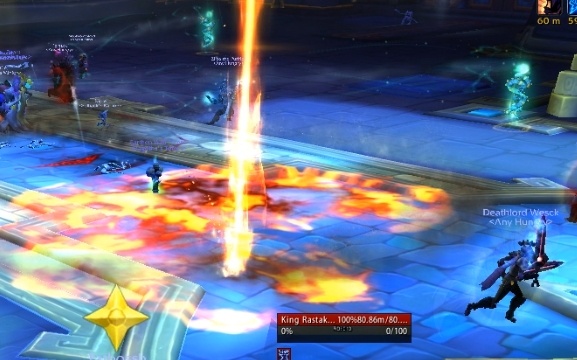 Plague of Fire will attempt to spread after 1.3 seconds, down from 1.5 on heroic.

All three phantom adds in phase three have the

Empowered Spirit passive, causing them to spawn a

Death Rift and enter the Death Realm upon death. 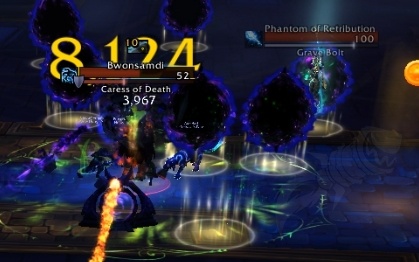