Phase one consists of the raid engaging High Tinker Mekkatorque whilst dealing with his Spark Bot adds that spawn throughout the phase. 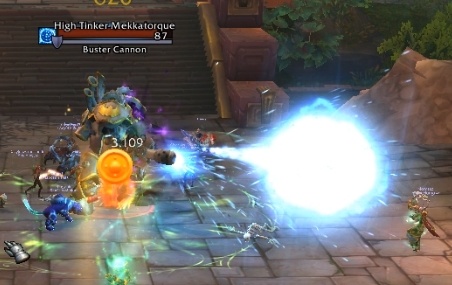 Heavy Thrusters, marking the location of a random ranged player and creating a 10 yard zone around himself. 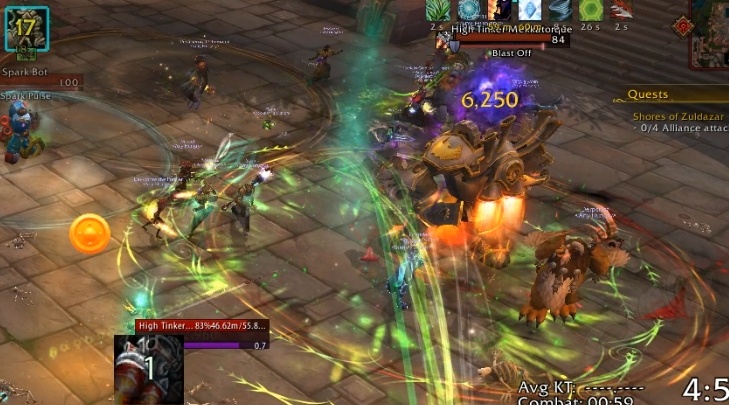 The best three locations for the

Gigavolt Charges to stand is the three ruins round in the north-east, south-east and south-western areas of the encounter space.

Hide behind rubble with 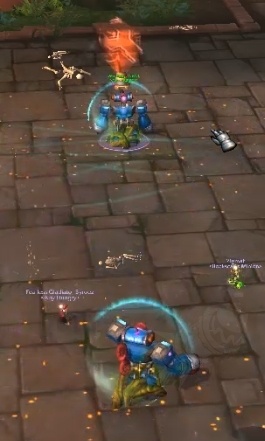 Shutdown codes will appear above the
Spark Bot, but you cannot see your own code!

World Enlarger. This will apply the

Shrunk debuff to up to three non-tank players within the raid.

Spark Bots are susceptible to most forms of crowd control, including slows, displacements and roots.

Spark Bots can be entered by a

Shrunk player by having said player interact with them. This will replace the players action bars with a Vehicle UI bar which has 5 different coloured buttons.

The player must use these buttons to insert a 3 part shutdown code. After 3 buttons have been hit in the correct order, the robot will shutdown and die - ejecting the player safely.

Three Spark Bots will be active each time the

World Enlarger is cast, meaning that three Spark Bots will need to be deactivated within the 60 second time period.

As three Spark Robots will be active when

World Enlarger is cast, all three

Shrunk players must get in a Spark Bot.

Once Mekkatorque has been damaged down to 40% health, he will fly up into the sky and phase two will begin.

During phase two, Mekkatorque cannot take damage. Players need to dodge the bosses mechanics for a 1:05 minutes before Mekkatorque decides to land again and phase three will begin.

Mekkatorque will continue to cast

Mekkatorque has one new ability: 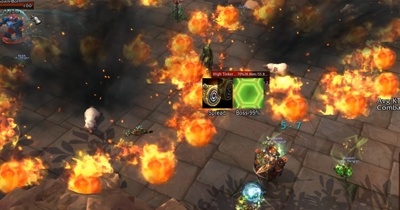 Phase three will begin once Mekkatorque lands with a Crash Down cast, dealing lethal damage to anyone within his landing zone and moderate raid wide damage.

Signal Exploding Sheep and has gained the

On Heroic difficulty, three players will now get the

Gigavolt Charge debuff. Each player should make sure to hide behind a different piece of rubble.

On Heroic difficulty, shutdown codes are only visible to players inside other Spark Bots.

Spark Bots will periodically gain a stack of

Wind Up, which increases the adds movement speed and haste by 20%.

Wormhole Generator will teleport the entire raid to the marked player!

Wormhole Generator will be cast exactly once during phase two.