Anima Power orbs can be activated after killing each of the four Anima Goliaths.

Mandatory
We recommend you have at least one player with the following Anima Powers: 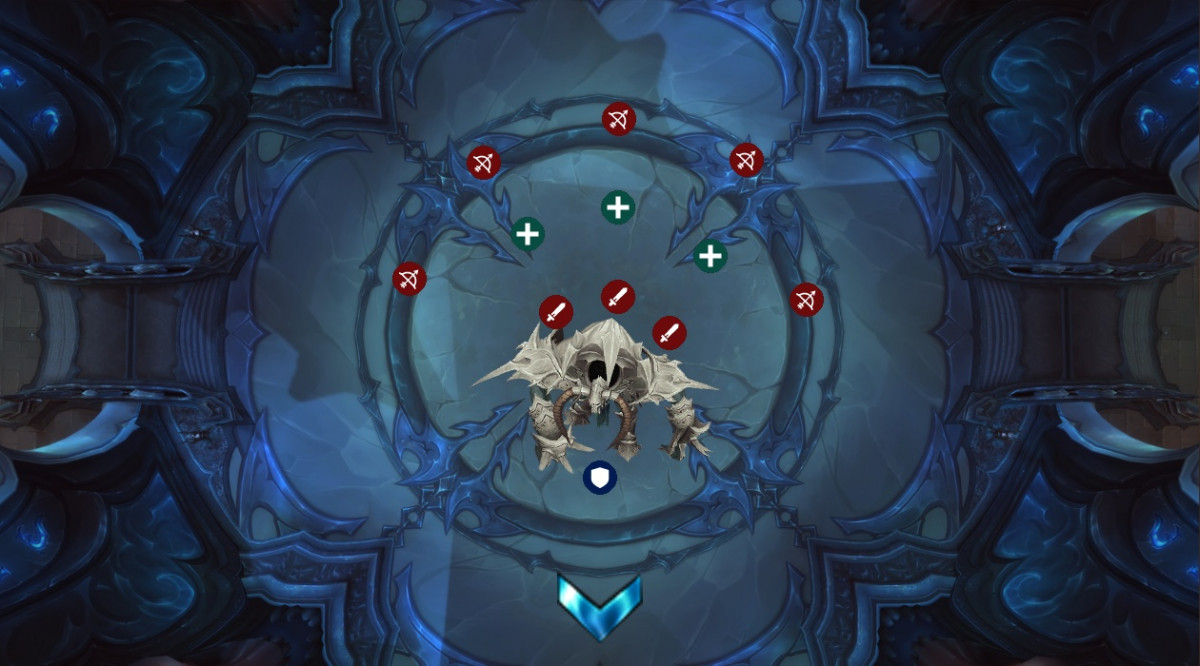 The Tarragrue does not require strict positioning, and players should be loosely spread around the encounter area to avoid the fear from

Predator's Howl. A specific location, generally behind the tanks, should be assigned for any players with

Chains of Eternity to run to.

Chains of Eternity running to the assigned spot.

The boss occasionally marks a player with

Chains of Eternity, and if the player is struck they will be dragged to the boss and suffer an

The boss will occasionally apply

Predator's Howl to a number of players in your raid.

The raid moving from safe zone to safe zone during

The boss will dissolve into a mist, teleporting to a set location in the encounter area.

Fury of the Ages

The boss will periodically buff himself with

Fury of the Ages.

Random players will be affected by this debuff, taking a large amount of shadow damage over the next 40 seconds.

The boss will slam its target, causing a large amount of physical damage, and applying the

When the boss reaches 10% he will remove all Anima Powers and will deal 500% increased damage.

Remnant of Forgotten Torments mechanic, which will require players to soak orbs that appear in the encounter by standing on them to absorb the debuffs. There are three types of orbs, which will buff The Tarragrue while active, or deal damage to the entire raid.

The Jailer will periodically call down one of three Forgotten Torments which will need to be soaked by players.