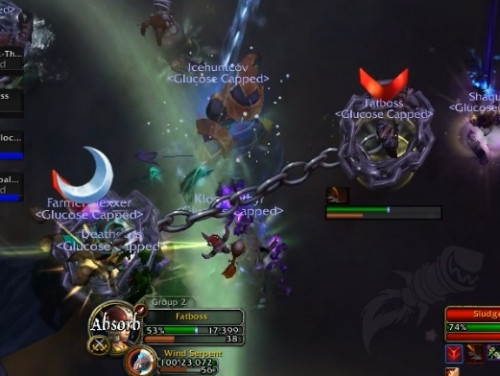 Stay within 15 yards of your

It is possible for both players to survive a

Shattering Chain if they both use large damage reduction abilities.

The boss has the

Giant Fists passive, causing each melee attack to also strike the next closest player within 5 yards of the primary target.

The boss gains energy over time. Upon reaching 100 energy, he will mark the tank with

Force Sludgefist to charge into a pillar - not the wall!

Additional effects will occur depending on the terrain the boss charges into.

As soon as the tank is marked, they should position themselves so that a pillar is between themselves and the boss. 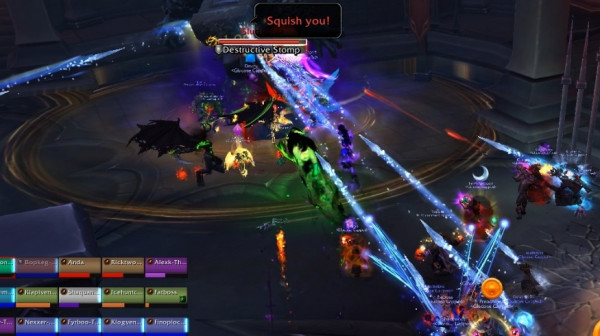 This ability also destroys any pillars within the radius.

The boss will frequently trigger 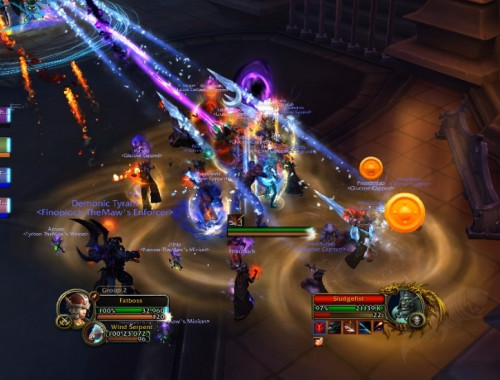 Ranged players should attempt to bait these

Falling Rubble zones towards the edges of the room, as to keep the play-space clear.

At the beginning of the fight, ranged players should position loosely on one side of the room as to keep these locations together whilst being within healing range.

At the beginning of the fight and every ~30 seconds after that point, the boss will cast

Gruesome Rage upon reaching 20% health, increasing his attack speed and damage dealt by 20%.

Approximately once per minute, the boss will cast

To counter this mechanic, simply have 2-3 players stand within 7 yards of the 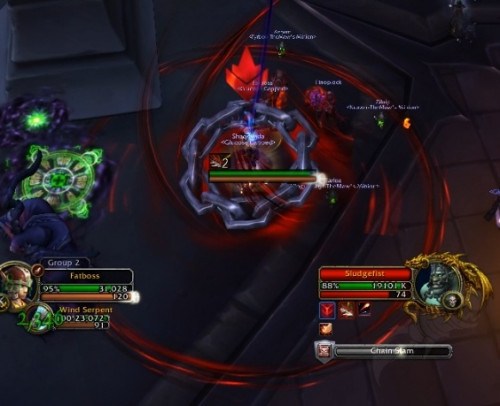 Have a couple other players help soak the

This ability is cast more often, meaning that there will be more members of the raid paired up with

Chain Link at any given time.

On mythic difficulty, the

Chain Link is applied to all twenty players at the same time. This is done at the beginning of the fight and after each 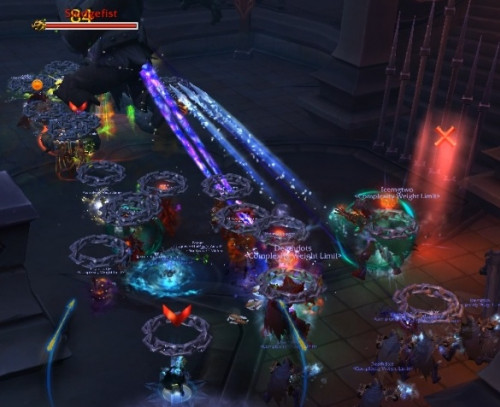 Find the other player with the arrow above their head as this is your partner!

Shattering Chain is reduced to 10 yards, down from 12.

Seismic Shift to all raid members.

Spread out 4+ yards during

Seismic Shift, but don't break your

This ability is occasionally cast just as the

Chain Link Link pairs have been marked, but the chains haven't formed yet.

On Mythic difficulty, if less than four players are hit by the

Upon charging into a pillar via

Fractured Boulder impact locations, one in front of each flat facing side of the destroyed pillar.

Make sure that both waves of zones are soaked!