Lady Inerva Darkvein has four abilities that she will cast during this encounter. Each of these abilities has an Primal Anima Container linked with it.

At the beginning of the fight, the boss will cast

Focus Anima on the leftmost container. 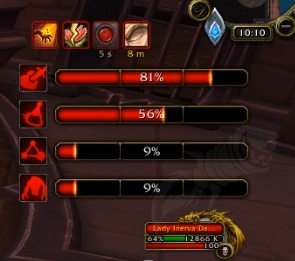 You can track the containers energy levels via this UI element.

Focus Anima into next before she does so, as this will start the container at low energy, meaning the abilities will take longer to empower.

TL:DR - Drain the container before and after the boss casts

Focus Anima on it, as well as any time it reaches 33%+ energy when not under the

The Container of Desire is linked to the

Expose Desires ability and is located on the leftmost side of the room.

Expose Desires is upgraded into

Expose Cognition when the Container of Desire reaches 33% energy.

Shared Cognition, as they will be taking heavy damage whilst it is active.

Expose Desires is upgraded into

Exposed Heart when the Container of Desire reaches 66% energy.

Beta Test Note: This ability is listed as having a different functionality: it is listed as dealing large damage to the raid that falls-off with distance from the tank. If this version of the ability is present, the tank should look to move as far from the raid as possible to reduce incoming raid damage. 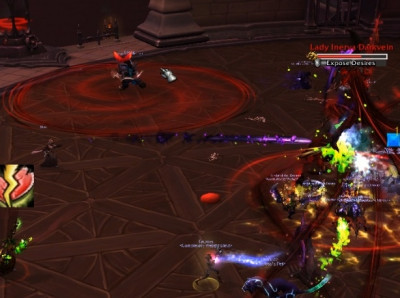 Move away from the raid when afflicted with

The Container of Bottled Anima is linked to the

Bottled Anima ability and is located to the right of the previously mentioned container.

The raid needs to make sure that each

Bottled Anima landing zone is soaked by a single player. 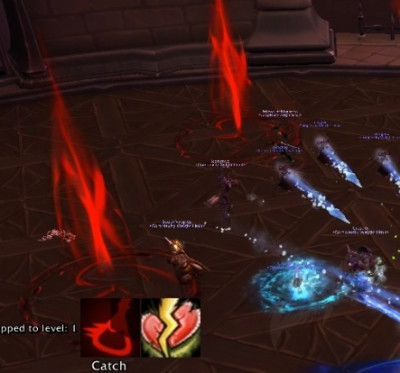 Bottled Anima vials before they land!

Bottled Anima is upgraded into

Lingering Anima when the Container of Bottled Anima reaches 33% energy. 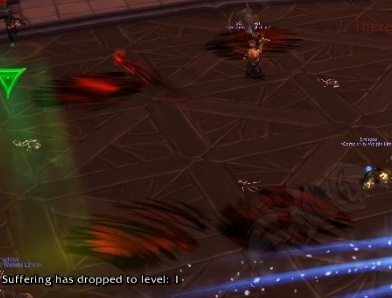 Lingering Anima is left at each vial impact location!

The Container of Sin is linked to the

Lesser Sins and Suffering ability and is located to the right of the previously mentioned container. 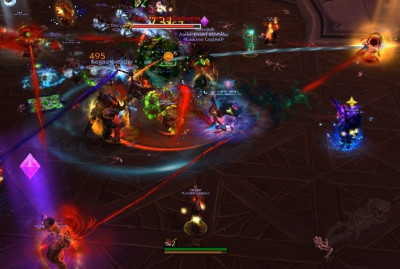 Cut all three orbs simultaneously with the

Sins of the Past orbs spawn, three random non-tank players will be marked with

Shared Suffering players must despawn the

Sins of the Past orbs by passing at least one beam through each of them simultaneously.

Lesser Sins and Suffering is upgraded into

Sins and Suffering when the Container of Sin reaches 33% energy.

Don't stand in the

Sins and Suffering is upgraded into

Greater Sins and Suffering when the Container of Sin reaches 66% energy. 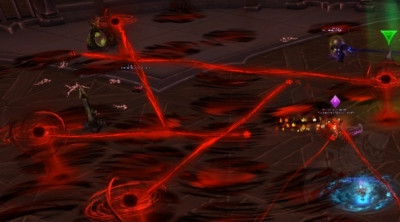 The Container of Concentrated Anima is linked to the

Lightly Concentrated Anima ability and is the rightmost container in the encounter space.

The Harnessed Specteris an immobile add that needs to be tanked.

Lightly Concentrated Anima is upgraded into

Concentrated Anima is upgraded into 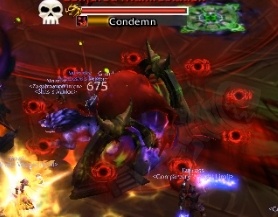 Fragments of Shadow orbs appear as an add spawns!

Lightly Concentrated Anima (or any of its upgraded versions) is cast, two additional debuffs will be applied. 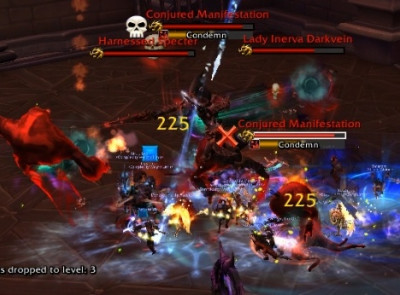 Spawn the adds near the boss and interrupt their

All players afflicted with the debuff should move close to the boss as to spawn the adds close together to allow for easy cleave damage between them and the boss.

Concentrated Anima is cast and the players are rooted via the

Rooted in Anima snare, these adds will no longer be that close together.

Focus Anima is cast after the boss takes 25% health or after 100 seconds, the raid can substantially reduce the amount of energy a container gains by dealing a lot of damage to the boss.

Lesser Sins and Suffering (or any of its empowered versions) are cast, four

Sins of the Past orbs will spawn instead of three. 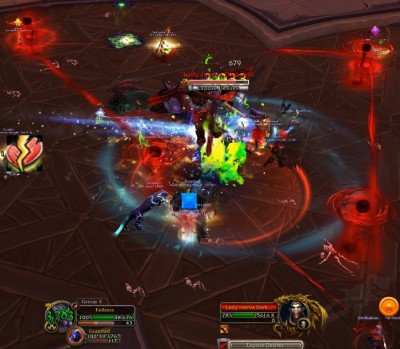 Sins of the Past orbs spawn on mythic difficulty!
Indietro Avanti