The boss will occasionally hit the tank with

Overwhelm, dealing a large burst of physical damage after a short cast.

Every 24 seconds, the boss will apply

This mechanic is the most complicated part of the fight, as it influences all of your decisions when it comes to dealing with other boss mechanics. 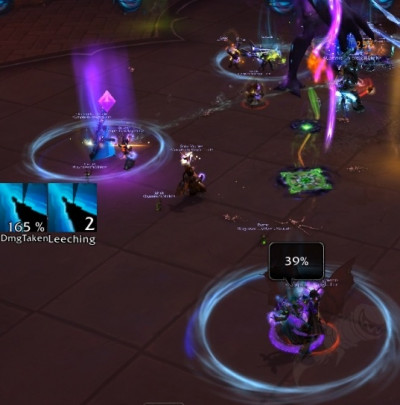 An alternative strategy for this mechanic is to stack up behind the boss as much as possible and simply let the debuffs splash over the majority of the raid. 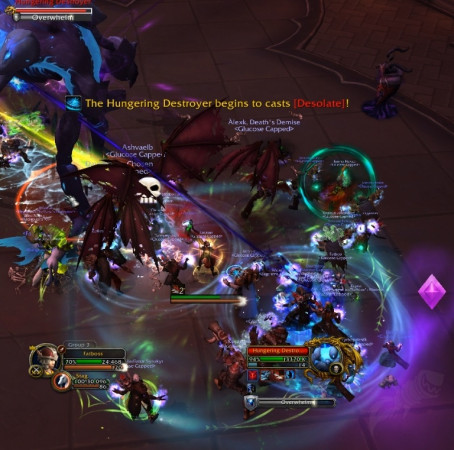 Stacking behind the boss with the debuffs is easy - but requires more healing and mechanic awareness!

20 seconds into the fight and every 1 minute from then on, the boss will cast

Desolate which deals moderate unavoidable shadow damage to all players. 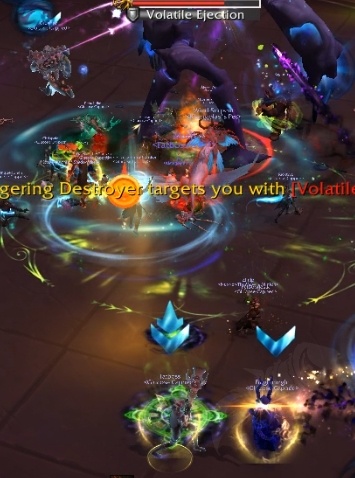 Volatile Ejection only have little blue arrows above their heads

To help counter this ability, we recommend that all players fan out around the boss in a large semi-circle.

Volatile Ejection lines out from one another! 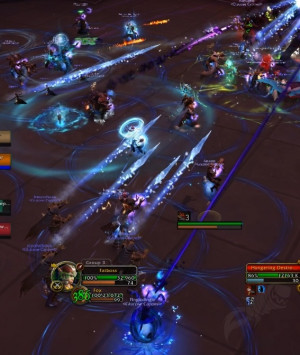 Spread out from one another when

Expunge is cast.
The radius of the splash damage is tied to your current health!

The boss gains energy over time. After gaining full energy, he will cast 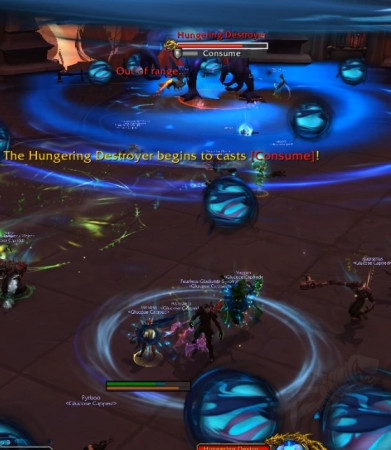 Run away from the boss when 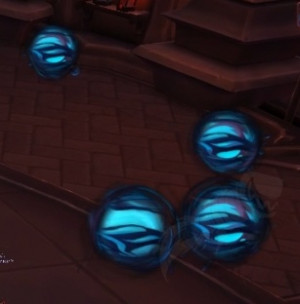 On heroic difficulty and above, whenever an

Since these orbs are permanent, players can deal with them in one of two ways.

Gluttonous Miasma damage onto soaking players applies a stack of

Essence Sap to them.

The amount of players targeted by an instance of

Volatile Ejection is increased to 4 on mythic difficulty, up from 3.

Four players are marked for