Phase One: Raiding the Vault

Although it is possible to engage Opulence from the beginning of the encounter by simply running north into his lair, doing so will cause him to cast

The two guardians are placed in two separate paths, Yalat's Bulwark in the east and The Hand of In'zashi in the west. 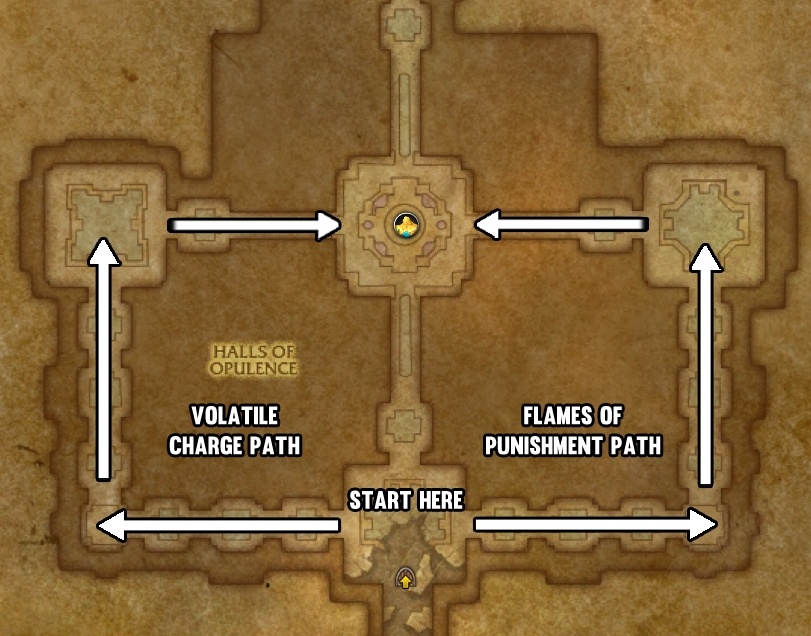 Split the raid into two even groups and progress down each path!

Each path consists of eight chambers. These chambers are separated by a gate which will be removed once the guardian on that path has dropped by 10% health.

Each of the eight chambers along the path, aside from the first and last, have Traps within them. These traps will always occur in the same chambers, regardless of which path you are on. All traps are triggered automatically and there are four different traps the raid will encounter. 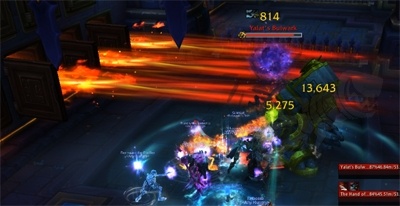 Don't stand in the

Flame Jet
Up to three jets of flame will appear at the side of the chamber before spewing across the room in a straight line, dealing moderate fire damage every 2 seconds to anyone stood within it.

Pulse-quickening Toxin
This simply deals ever increasing nature damage to the players within the chamber.

Try and kite the

Ruby Beam
to the edge of the room.

A magic debuff which causes the target to take damage whilst they move. This can be applied to multiple players at once.

Ruby Beam
A beam will fixate and follow a random non-tank player and chase them, leaving

Scorching Ground patches in its wake.

The order of the traps is always the same and can be seen in the chart below.

Crush is used by both guardians. The guardian will raise one of its arms up and then slam it down after 2 seconds.

The Hand of In'zashi, which is found on the western path, will frequently apply 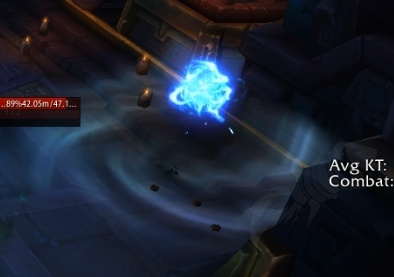 Volatile Charges expire
at the edge of the room.

Yalat's Bulwark, which is found on the eastern path, will frequently cast

This mechanic can be difficult to avoid during chambers with the

Flame Jets, as players may be forced to run into

Flame Jets to avoid the

Stay behind the guardian to avoid the frontal cones!

Upon reaching the 7th chamber, the group will have access to 7 jewels. These jewels can be found on altars on either side of the room.

Steal the jewel that is best for your raid!

Diamond of the Unshakeable Protector

We recommend that players are assigned which jewel to pick up before the encounter starts. An example of what this would look like in a 20 man raid would be as follows.

Once the jewels have been collected and each group has defeated the last 30% of the guardians health in the final room, the raid should regroup in the middle of the encounter space to fight Opulence.

Upon engaging Opulence, he will begin to cast 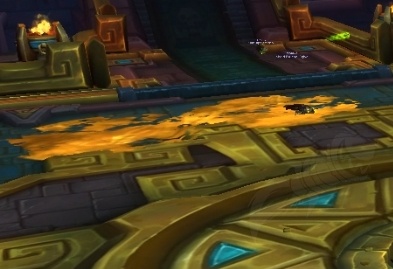 Molten Gold pools at
the side of the room.

Opulence has three abilities he will use throughout this final phase.

Several non-tank players will be given the 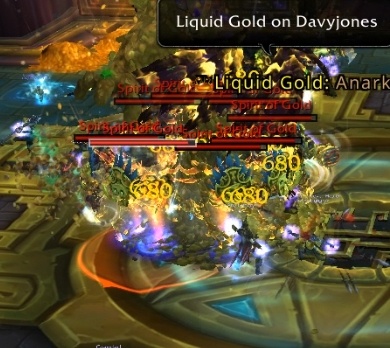 CC and Kill the

On a timer, Opulence will summon eight Spirit of Gold adds. These adds will spawn directly inside him and slowly move towards the edges of the encounter space.

Wail of Greed. This 10 second channel deals ever increasing shadow damage to the raid every 2 seconds.

Aside from numerical changes, in which the enemies have more health and deal more damage, there are several mechanical changes for the heroic difficulty version of this encounter.

When a player interacts with a crown jewel and gains their buff, they will also receive the

Upon reaching the final chamber, the guardians will

Flames of Punishment is empowered, it will increase the size of the cone, causing it to hit approximately 270 degrees around the guardian, instead of approximately 70 degrees.

Flames of Punishment covers a much larger area 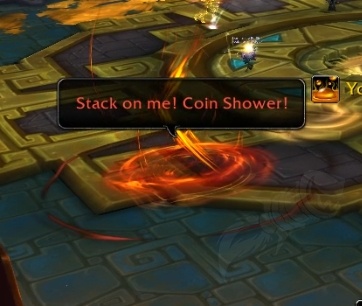 Stack on the player targeted by the

He will frequently hit the tank with

Coin Sweep, dealing a huge amount of physical damage to the tank.

Opulence will mark a player with

Coin Shower. After 10 seconds, they will take a lethal burst of physical damage which is split between all players within 7 yards.

Whilst fighting the guardians along the two paths, 2 players from each path will swap positions via the

Chaotic Displacement forces players to position for mechanics "kindly", making sure that they are not going to be out of position when they are swapped with anyone else from the opposite side. 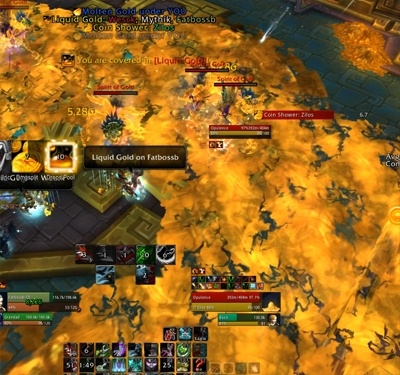 Molten Gold pools left behind by the

Surging Gold, which increases the size of the