Champion of the Light

Champions of the Light 8.1 PTR

Champion of the Light Abilities & Strategy 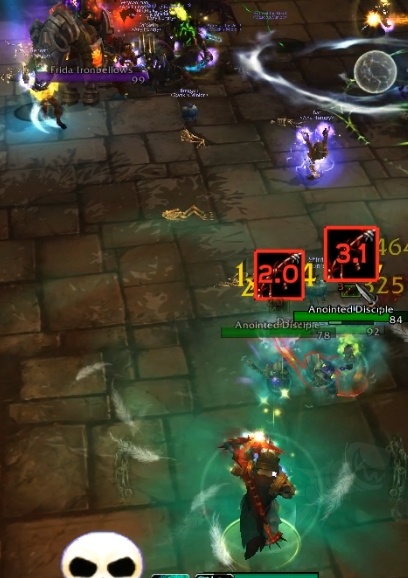 Keep the boss and adds separated
throughout the fight.

At the beginning of the encounter, the raid will face up against the boss and three adds: one Darkforged Crusader and two Anointed Disciples.

The boss will cycle between two different Crusader's Seals throughout the encounter, switching between them every ~50 seconds.

When the boss reaches 100% energy, she will cast

Judgment: Righteousness, buffing a random adds damage by 200% and healing by 150%, before switching to the

As the boss will no longer gain stacks of

Zealotry when adds die, the raid should focus all of its efforts into defeating the three enemies. 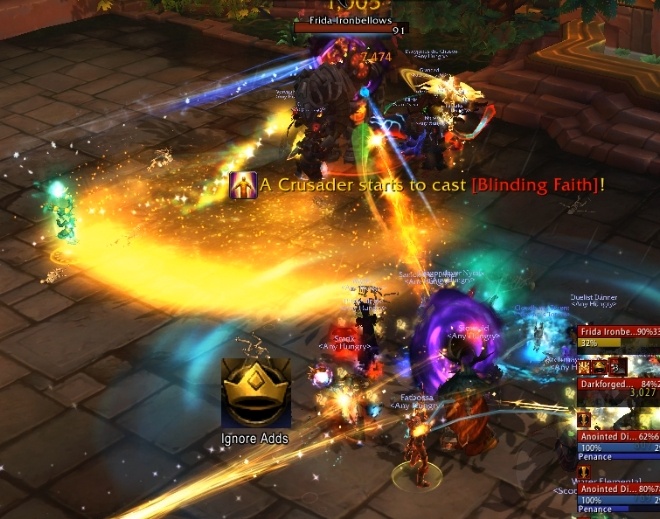 Avoid standing in the path the

Wave of Light
takes towards the adds!

On a timer the boss will cast

Wave of Light, sending out a slow moving yellow wave directed towards the position of a randomly selected add.

The tank responsible for the boss should keep her still as much as possible, whilst the add tank minimizes the amount they move the adds around. 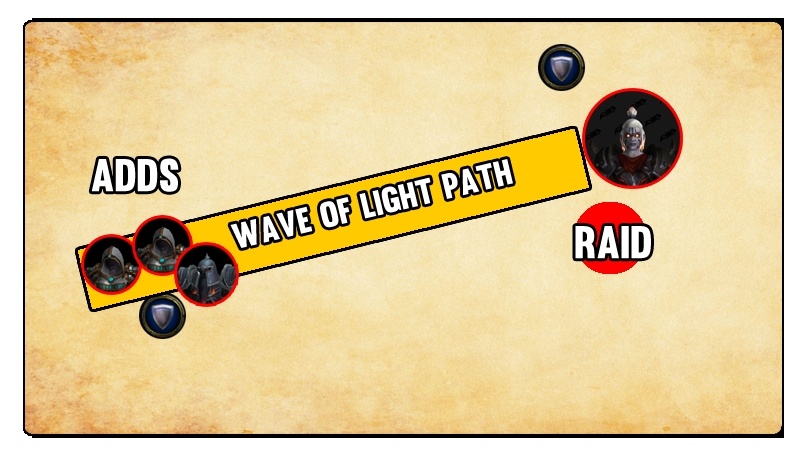 Example of ideal raid positioning throughout the

With each melee hit, the boss applies

Sacred Blade to the target. This 10 second debuff deals holy damage every 2 seconds and this debuff can stack.

Sacred Blade can be reset in multiple ways, the two most useful of which are listed below.

Sacred Blade stacks at reasonable levels throughout the fight, ideally below 15.

When the boss reaches 30% health, she will gain the

Avenging Wrath buff, increasing her damage by 30% for the rest of the encounter.

Forces of the Crusade Adds

Seal of Retribution phase, should be tanked by a single player.

Anointed Disciples are spell-casters that always appear in pairs. They have three different interruptible abilities.

Although these abilities are powerful, it is unlikely that your raid will be able to cover all casts throughout the encounter. 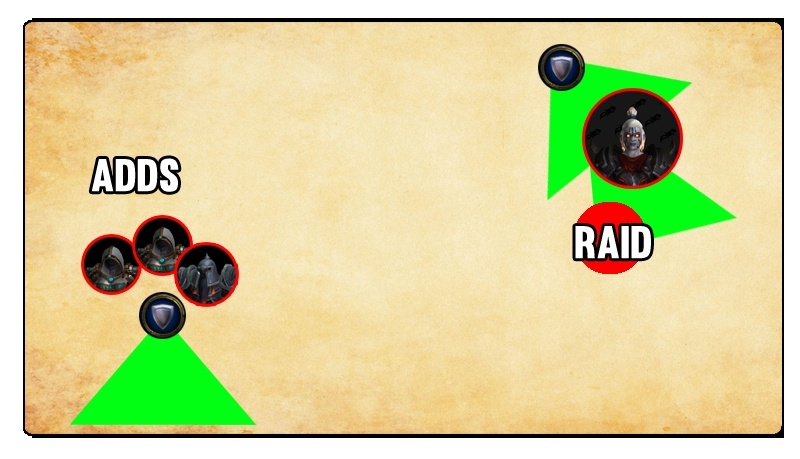 Darkforged Crusaders are paladin-like enemies that have casts which effect the raid in a major way. 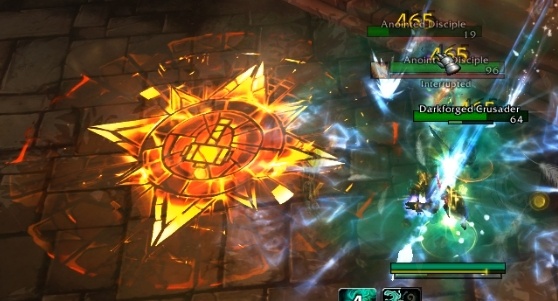 Adds take less damage whilst standing
within the

The crusaders will also frequently cast

Consecration, leaving a zone on the ground which deals damage to players who stand within it whilst reducing the damage the adds take within it by 50%.

Guilds with excellent single target damage may wish to tunnel all of their damage into the boss throughout the fight, ignoring the adds entirely (aside from the tank who still keeps them away).

Aside from numerical changes, in which the abilities deal more damage and the enemies have more health, there is one mechanical addition to the encounter on heroic mode.

The boss will occasionally buff a randomly chosen add with

Divine Protection, reducing all damage they take by 99% for 6 seconds.

Divine Protection cast is more irritating than anything else, as it slows down the damage you deal to the add over those 6 seconds.

Aside from numerical changes, in which the abilities deal more damage and the enemies have more health, there is one addition to the encounter on Mythic mode.

Throughout the fight, the boss will occasionally cast

Prayer for the Fallen.

Divine Mallet for 8 seconds, which sends out spirals of hammers that travel across the encounter space. 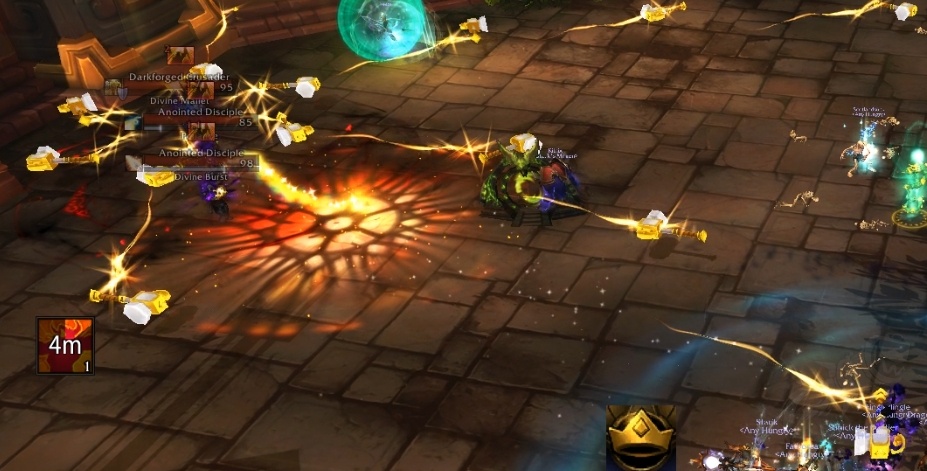 Avoid the hammers that spiral across the encounter space!

Angelic Renewal. This interruptible cast will

Heal the boss back to full health.

Adds that have died will always reanimate in the exact same position when the Prayer of the Fallen is cast, before dying once again after their ability is complete or interrupted.